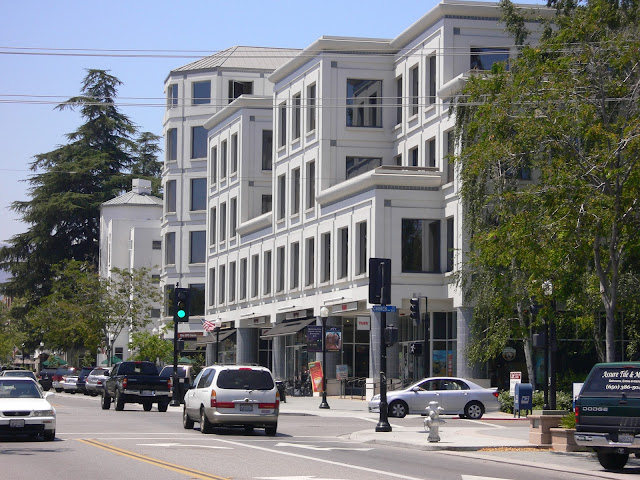 Originally a farm town, surrounded by orchards, on the Southern Pacific rail line south of San Francisco, Mountain View, California grew up as a stepchild to its more famous neighbor, Palo Alto, the home of Stanford University.  As high-tech industry began to grow and prosper near Stanford, Mountain View became the dormitory for high tech workers. Where most cities are 2/3 single-family residential, Mountain View became 2/3 multi-family. It was said in those early days that Mountain View was where you lived when you got out of school or after your first divorce.

The rise of shopping malls in the 1960s seriously damaged Mountain View’s downtown.  A 12-story office building, an early attempt at downtown revitalization, sat uncompleted and empty for 10 years right in the center of downtown.  As a security measure for the vacant building, German shepherd guard dogs roamed behind the smoked glass of the retail space on Castro Street, the city’s main street.

Some years ago Mountain View embarked on a major effort to revitalize its downtown and to remake its image.  The effort succeeded.  Mountain View’s downtown is well used and well loved, and Mountain View is now world famous as the home of Google.

Here is the Mountain View story in a nutshell.  What we did right and wrong, and what we learned from it.

Email ThisBlogThis!Share to TwitterShare to FacebookShare to Pinterest
Topics: Downtowns 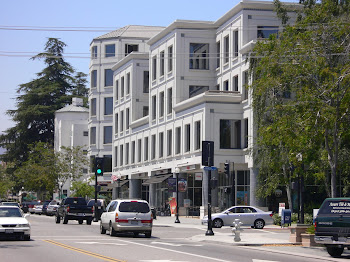 I love good cities, large and small. Working with cities in a variety of ways since 1964, I have learned that the essence of cities is community - people coming together with other people. City planning and design should focus on people - making the city useful and convenient for them and giving them pleasure.

Just as cities are enriched by differing cultures, decision-making is enriched by differing perspectives. My own perspectives acquired over the years include that of city councilmember, city attorney, city manager, redevelopment director, community development director, and consultant/advisor to cities. And I continue to learn every day from other people with other perspectives and good ideas. Together we continue to learn to make good cities and good community.

In my work with cities I have also relearned the old lesson of using common sense as an essential tool for good decision-making. 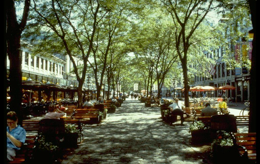 Cities - Where People Live Together